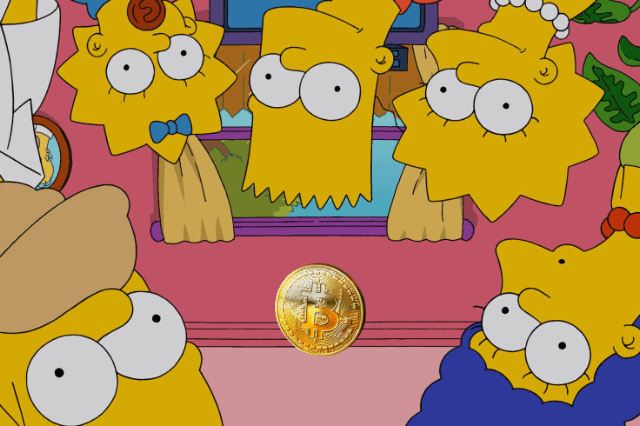 On 23rd February, The Simpsons released episode 13 – Frinkcoin of their 31st Season. As one can take the hint from the name itself, the episode was about cryptocurrencies.

Here’s a small clip from the show:-

The Simpsons is on every nerd’s list and is similar to the current popular adult animation shows such as Family Guy and Rick & Morty.

The show was first broadcasted in 1989 and is the longest-running animated television series in U.S. history.

It revolves around a dysfunctional family – The Simpsons who live in the fictional American city of Springfield. The family consists of a wedded couple, two preadolescent children, a baby, grandparents, aunties, and uncles. The kids are exceptional: Liza is a heavenly jazz saxophonist and her interests include philosophy and mathematics while Bart [the other kid] is a big prankster and experts in chaos.

As the internet says, the show is popularly known for its on-point predictions.

And a lot more!

The plotline for the recent crypto-related episode revolves around Homer and Marge competing to be the topic of Lisa’s “Most Interesting Person I Know” essay.  While Professor Frink develops a cryptocurrency, overtaking “Mr. Burn’s title of the richest man in Springfield; Mr. Burns schemes to take his title back”. The crazy a minute and a half explanation of crypto comes in when Jim Parson [The Big Bang Theory guy?] explains crypto to Liza.

In the explanation, Jim talks about the distributed ledger, moving forward with the topic of consensus mechanism of shared and synchronized digital data. Not just this, they even wrote a song; sung by the “ledger” which said, “Each day, I’m coming closer to being the cash of the future”. Predictable much?

Additionally, an explanation banner displayed during the episode even reads out,

“Cryptocurrency is a system that does not rely on a non-cryptocurrency central authority. but instead relies on a non-centralized distributed consensus of cryptocurrency ownership. Using the word “cryptocurrency” repeatedly when defining cryptocurrency makes it seem like we have a cryptocurrency novice’s understanding of cryptocurrency. Well, that is total pile of cryptocurrency. In this system, rules are defined for the creation of additional units of cryptocurrency. They can be generated by fiat like traditional currency or just thrown around randomly or all given to LeBron. But for some reason, these crypto guys are really into computers. So we have big buildings full of energy-gobbling air-conditioned computers solving useless math problems. But now we can’t have straws?! Also, we know who Satoshi is, but we’re not telling.”

While the banter is wrapped in sarcasm and humor it still does work in favor of spreading the word.

The interesting part comes when you realize the kind of exposure the cryptospace would receive from the coverage. Over 5 million people watch The Simpsons on a regular basis in the US and the show has a fanbase of over 20 million all over the world. Which consists of people aged from 13 to 64.

The cryptospace is filled with nerds and geeks from the technology and finance space. No doubt, nerds who watch the show would be excited seeing the crypto content.

As the episode is out and Simpson’s crypto is trending on Google, here’s what the crypto Twitter is talking about:

““Also, we know who Satoshi is but we’re not telling.” I don’t think that part’s a joke.”

“The Simpsons predictions of the future have sometimes been spot on. Only time will tell.”