The last-24 hours were relatively positive for the largest digital asset. After spending more than a week under $9,500, Bitcoin has surged by 4.16 percent over the past 36 hours, and the asset is currently valued at $9653.

As observed in the above chart, the consolidation under $9,500 was fairly evident until yesterday, when prices rose significantly. Although the volatility level was rather low, the asset was able to break away from the sideways monotony.

Now, glassnode’s weekly insight underlined a few positives for the BTC ecosystem as well. According to the report, Bitcoin sat firmly in the bullish regime as the positive inclination suggested stability in on-chain and off-chain activity.

Another important metric highlighted in the report is the Bitcoin Realized Cap. At press time, Bitcoin’s realized cap had reached an all-time high of $106 billion, breaking its previous peak just before the market crash in March.

Bitcoin’s Realized Cap is defined as the total amount of Bitcoin on the market calculated by the price of Bitcoin when the funds were last moved to the market.`

Now, a consistently high and improved Realized cap suggested that the valuation of Bitcoin had space to improve its price point without being overvalued on the market. In terms of the actual market economy that weighs on each token’s market value and realized value, Bitcoin remained on the right side of the industry. 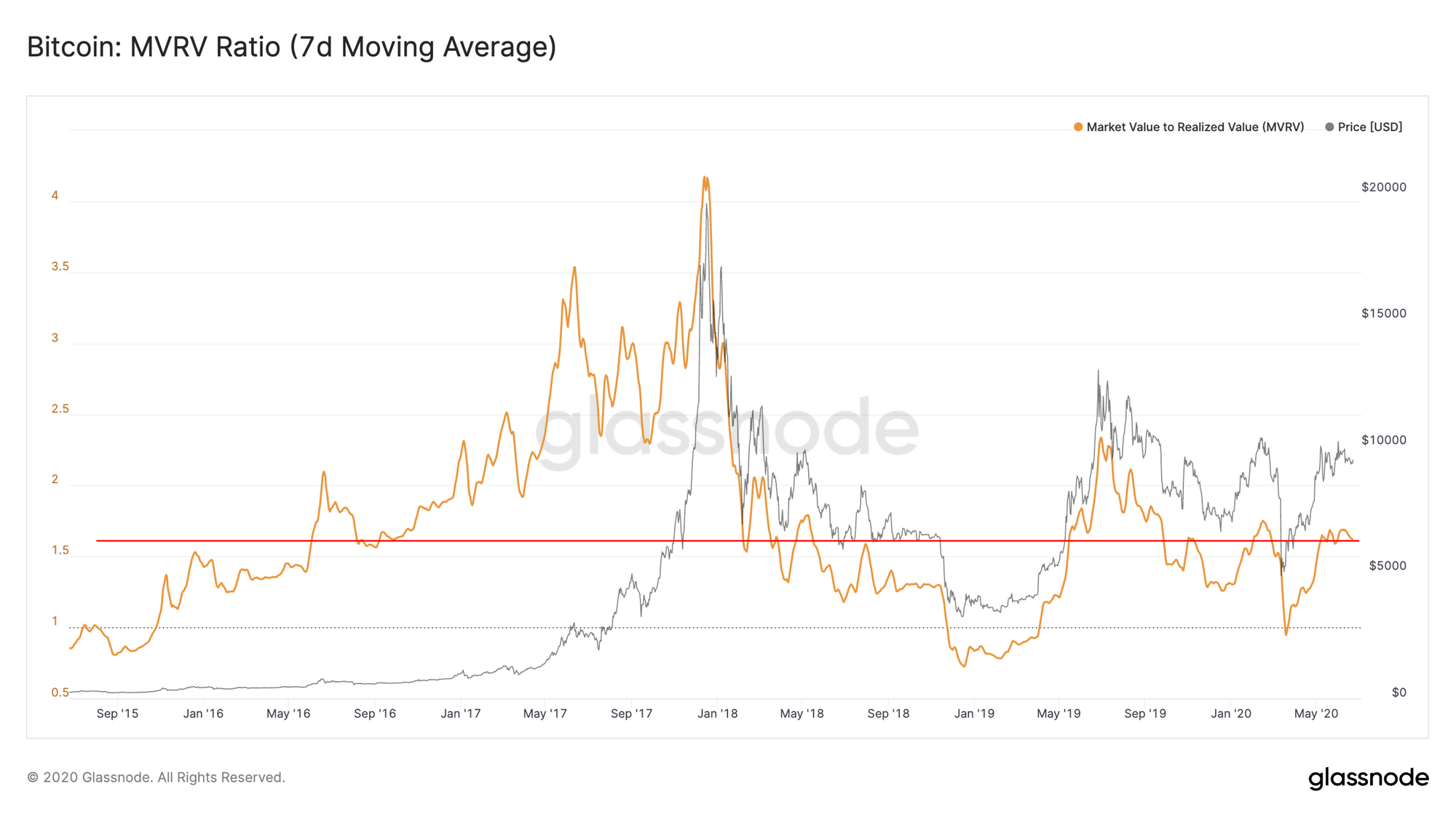 The realized cap was further explained by the help of the Bitcoin MVRV Ratio. As observed in the above chart, the MVRV ratio was relatively low at the time when it indicated that Bitcoin is currently being traded near to its “fair value” which is directly related to its realized price.. The report added,

“When the market value (i.e. price) drops below the realized value, this implies that bitcoin is being traded at below “fair value”.”