Bitcoin surpassed a legitimate milestone over the past 24-hours. Other than the fact that the king coin breached above $18,000, BTC also clocked in its largest market cap valuation at $350 billion. There is palpable unrest at the moment with people speculating on BTC’s next price range. While the $20,000 valuation is within touching distance for Bitcoin, according to a recent glassnode study, the price action of BTC is inflicting a reaction from the HODLers as well.

According to a recent report by the Glassnode Founder, Rafael Schultze-Kraft, the current Long-Term Holder Supply for Bitcoin is at 12.3 million i.e 66% of the total circulating supply.

While it indicates an impressive number in terms of BTC hodled by long-term investors, here is the key difference taking place at the present moment. 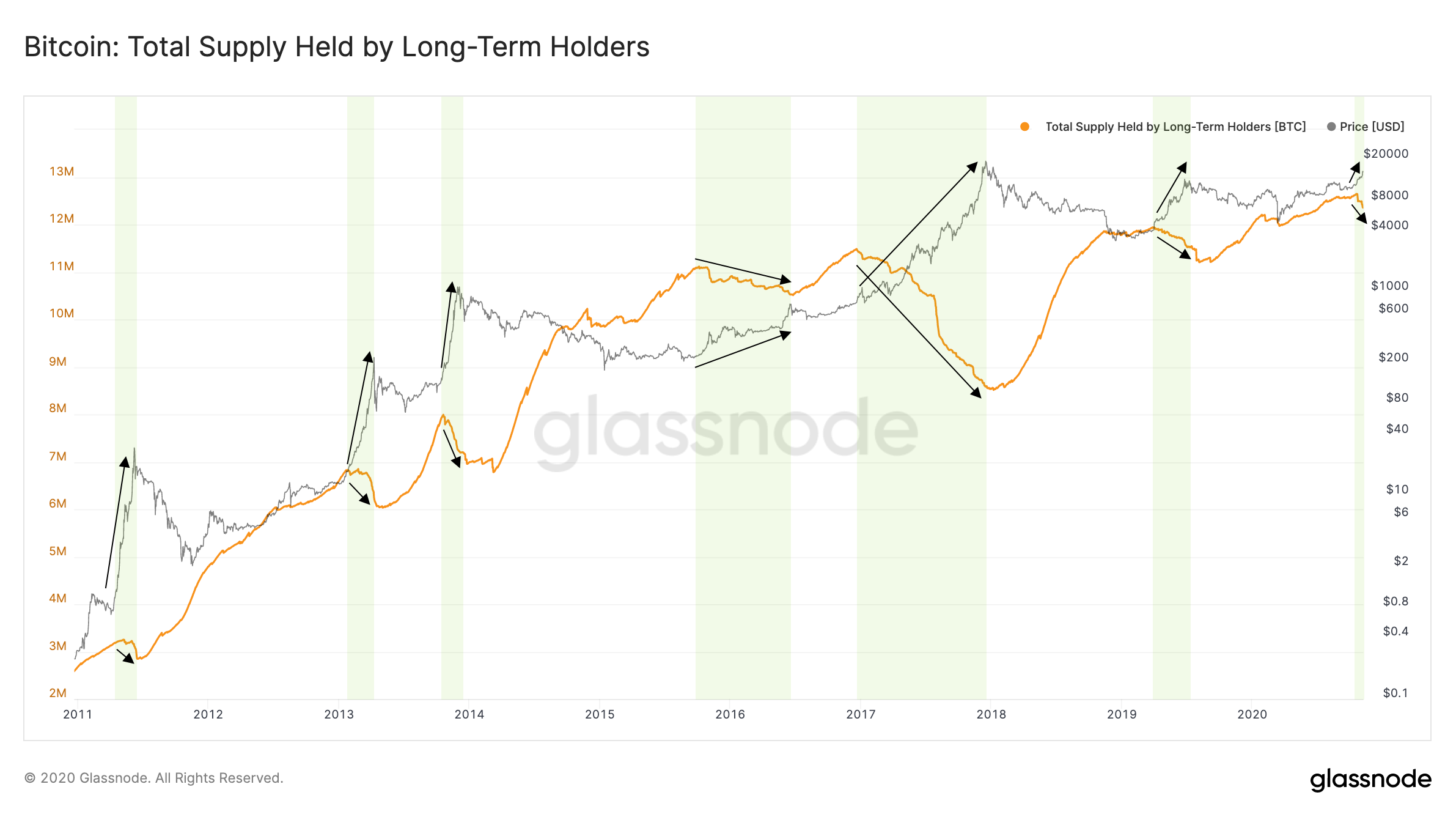 The amount of Bitcoin held by Long-Term Holders has declined over the last few weeks as BTC’s price continued to improve. This is completely opposite to the common narrative that is doing the rounds. Earlier reports suggested that HODLers were barely moving during the current rally and that BTC accumulation is reaching new heights.

Technically, the above statement is not wrong because accumulation is definitely taking place, but it is taking over within the Short-Term Holders. 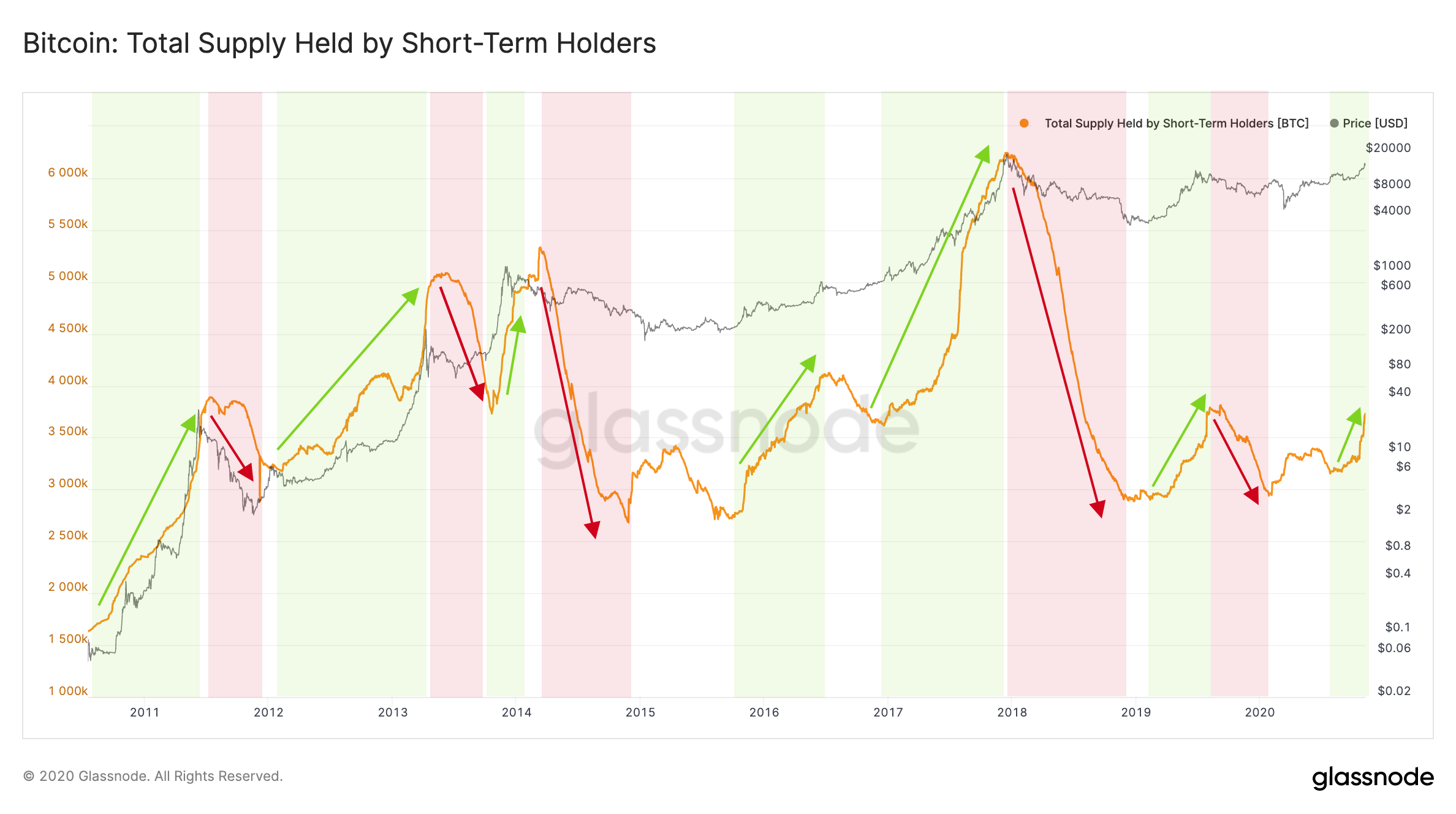 According to data, as Long-Term Hodlers released their BTC holdings into the exchange, Short-Term Hodlers were taking advantage of the situation. It said,

“Over the course of the past month, the amount of STH supply has increased by more than 500,000 BTC and sits currently at around 3.7 million BTC  – 20% of the circulating supply.”

Why such a change in the HODLing narrative?

In order to have more clarification on the present HODLing sentiment, it is important to look at the state of profitability for the LTH and STH supply. Data suggested that 12 million Bitcoin under Long-Term holders are at 97% profit and Short-Term holders with 3.5 million under accumulation indicated the same result, i.e 97% profitability. 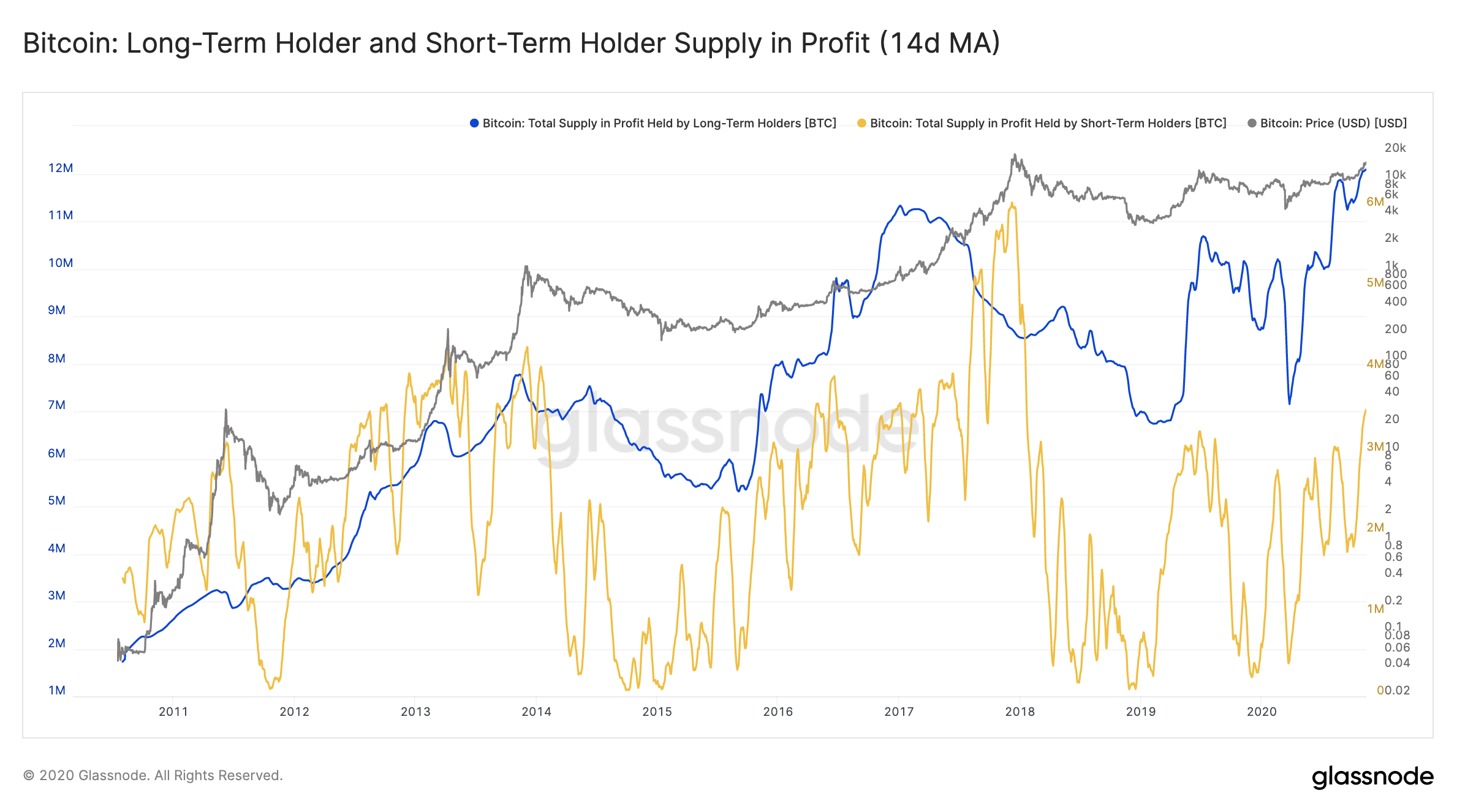 The key inference that can be drawn from such statistics is the fact that it did not matter whether accumulation was taking place from LTH or STH end. At the moment, people involved in BTC were looking to book profits and in order to do that, Long-Term Holders were cashing on their assets at the moment, and Short-Term holders were forming the next leg for the bullish rally.

At present time, the general sentiment surrounding Bitcoin was extremely positive hence it did not make a difference whether users were under the Short-Term or Long-Term holders. For Bitcoin, it was a win-win situation for both sides.

Can Bitcoin climb up to $20k under the current momentum?

Under the current market structure and bullish sentiment, anything can happen at the moment. The fact that the present rally is completely different from 2017, makes all the difference. During the last major bull run, Bitcoin did not have a massive institutional interest. At the current moment, BTC has a legitimate involvement from high-net-worth individuals and this leads to absorption of liquidity when the whales may sell-out at the top.

Here is another important example. 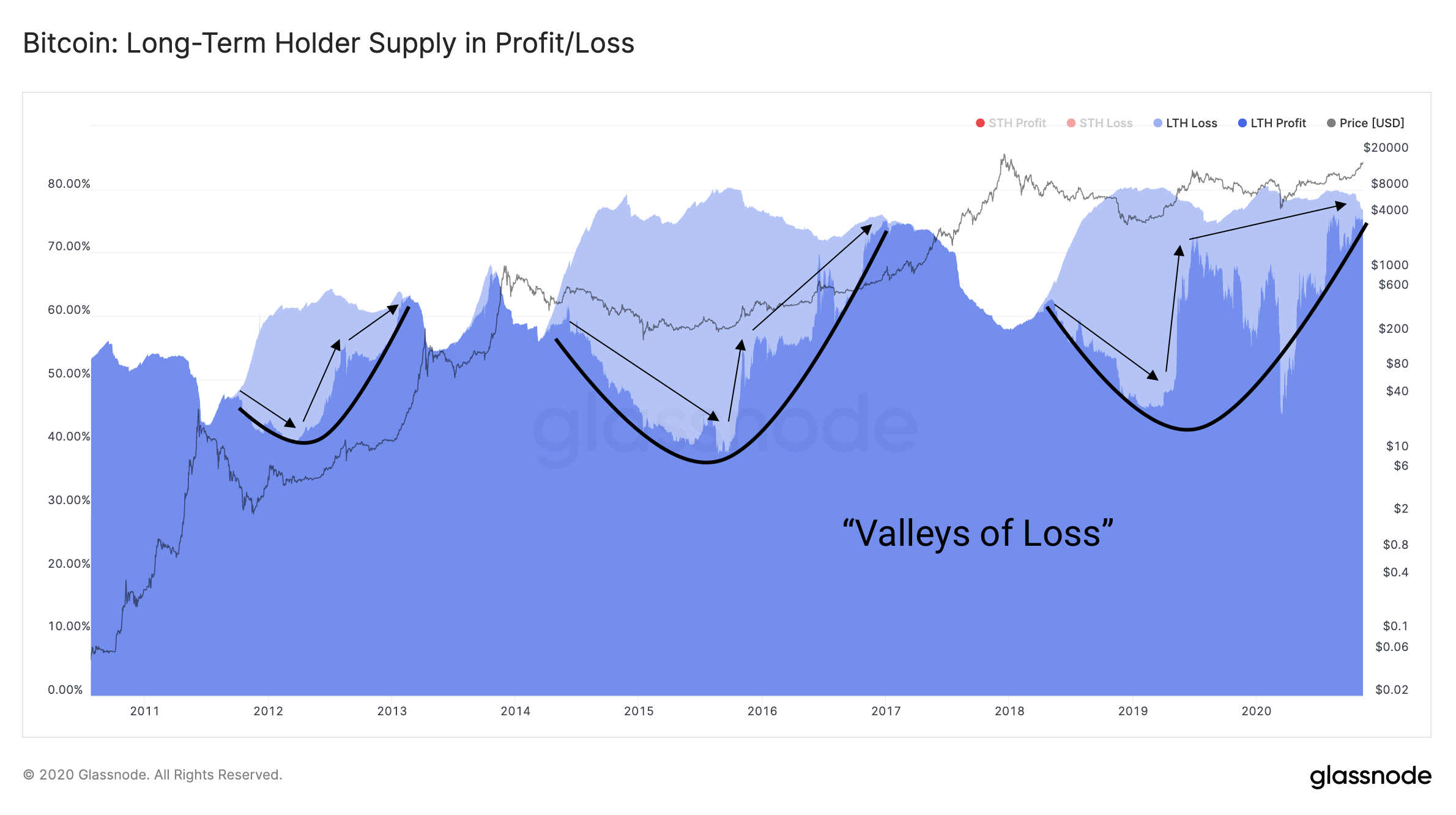 As indicated earlier, the amount of Bitcoin under profit held by both Short-Term and Long-Term Hodlers is completely nullifying the loss percentage in the charts. The supply storage has created an organic demand for the asset which is currently unmatched in the space.

With the overall sentiment bullish on all front, it allows BTC to have a greater probability of attaining $20,000 and beyond. The chances of a sudden slump is also reduced since the wealth distribution is much higher in the current timeline than in 2017.

For Bitcoin, it can be the beginning of a rally that might take the valuation to a New All-Time High.