2020 has been an exceptional year for Bitcoin, but there have been some drastic changes over time. Data collected from Arcane Research indicated that between 15 March and 5 November, 560,428 BTCs had exited exchanges, resulting in the largest net outflow for collective platforms. The aggregated BTC exchange balance has decreased by 2.4 million for the first time since August 2018. While the circulating supply in the industry has increased by 1.3 million since 2018, more and more users are currently taking their assets out of these centralized platforms. The report added,

“The exchange balance is currently at its lowest since February 4th 2018.”

The first incident of high exchange outflow was witnessed back in March 2020, when BTC’s price collapsed below $4000. While the price has recovered significantly over the past few months, the net outflow has only increased. The popular inference drawn from such a drastic turnaround has been that users are currently unwilling to sell their assets. Bitcoin‘s price performance after a difficult economic period during the pandemic has re-ignited a sense of trust in the asset.

Bitcoin hodlers and the holding sentiment has only improved with the increasing valuation, and it was speculated that users were possibly moving their assets to cold storage or maybe shifting them to Ethereum.

According to Willy-Woo, the reasons for high BTC outflows went beyond the simple case of Hodling. The analyst had suggested that Bitcoin’s safe haven narrative had received a new wave of interest. 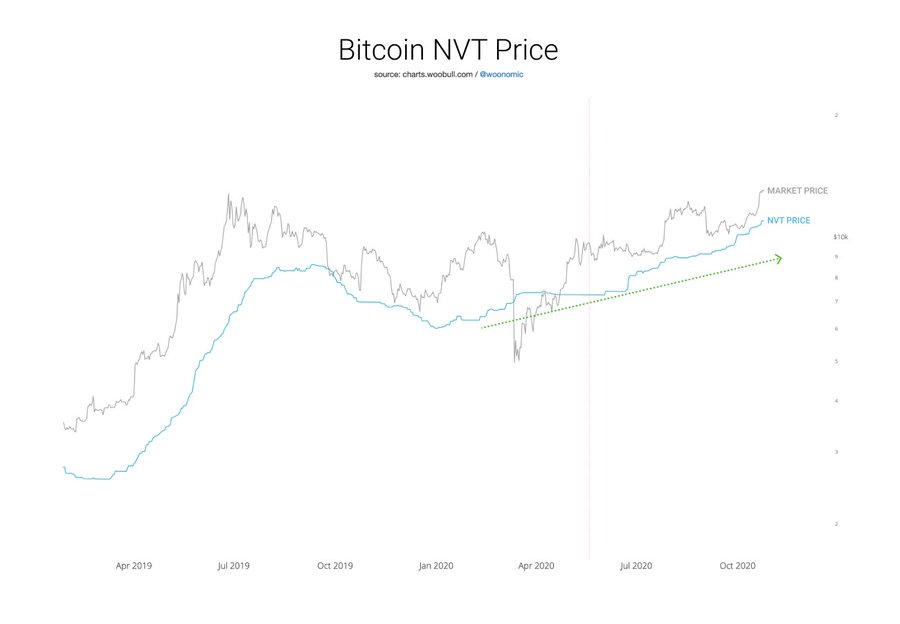 During the economic uncertainty in mid-year, investors were moving into BTC and it led to the increased in NVT, which is Bitcoin’s network value. The investment velocity also picked up the pace and suddenly traders were accumulating even after it had crossed the $10,000 mark in May. Woo stated,

“The fundamentals of BTC became visibly bullish over the COVID correction, this was hidden by traders freaking out and being liquidated. Bitcoin is only now reflecting its organic valuation.”

During last month’s rally, CME‘s OI registered its all-time high Open-Interest which indicated that rising involvement of institutions as well. With retail already jumping on the bandwagon, institutions were becoming more forthcoming with Bitcoin as well, and MicroStrategy’s $426 million investment is a great example.

With the sentiment surrounding BTC becoming inevitably bullish for 2021, we might see HODLing increase for the next few months. Such levels of accumulation have not been witnessed before in Bitcoin’s history and it truly marks the start of a new generation of wealth distribution with Bitcoin.