The 2nd quarter of 2020 is approaching a conclusion and it has been a good 3-month period for Bitcoin. Recovering strongly after the collapse in March, Bitcoin’s price rallied admirably over the course of Q2 and re-ignited its derivatives market as well. The current month has been a bit of a letdown as BTC appears to end the month on negative returns but the bullishness in the derivatives market has reached new heights.

According to reports, the collective Open Interest of Bitcoin Options stood at $1 billion yesterday before its expiry, summing up a positive period for the ecosystem. 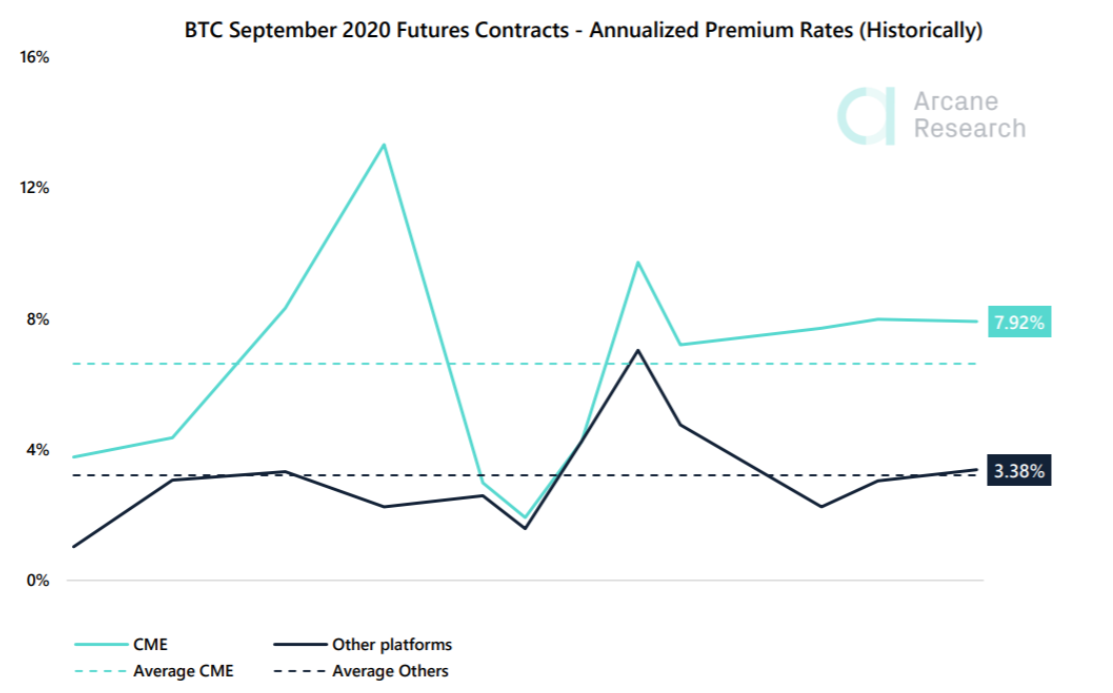 Arcane Research’s recent weekly update suggested that the bearish sentiment of June has translated a little into the futures contracts as the premiums on BTC futures remain on the lower side before yesterday’s expiration period.

As observed, the premiums on June contracts were down to only 0.13 percent for CME, whereas other retail platforms incurred a minor premium of 0.10 percent 24-hours ago. However, the report suggested that CME traders were already trading at a bullish premium for BTC futures contracts expiring in September.

Will Q3 2020 pile the same level of activity for Bitcoin Futures?

In line with the bullish sentiment followed by current CME traders for BTC futures in September, it is quite possible the Q3 2020 might not procure the same level of OI or futures volumes. Q2 2020 saw an incline in futures volume largely because Bitcoin’s price performed beyond anyone’s expectation.

The largest digital asset ousted various traditional stocks in terms of recovery and the bullish narrative carried over in the futures market.

However, the current situation was slightly different.

Despite a successful Q2, June has not been the best of months in terms of Bitcoin returns. The asset looks set to end on negative ROIs unless it crosses $9800 in the next 4-days.

Bitcoin’s price underwent a rally in Q2 because a lot of hype was built around its imminent halving. People expected the price to rally before and after the event, and even though the former wish came true, the latter did not pan out really well.

June embodies Bitcoin’s current situation and it seems the token may navigate through a prolonged period of corrections.

Hence, it is unlikely that Bitcoin futures would amass another $1 billion in OI for Q3 2020 but 3-month is a long period and the tables can turn fast in the digital asset industry.