You are here: Home / News / Bitcoin News / Over $17 billion in Bitcoins are accounted by only 1882 addresses Bitcoin continued its poor performance in the industry as the asset is currently struggling to stay above $9,500 and has not traded over $10,500 since September 2019. At press time, BTC was valued at $9,390.51.

Now, according to Glassnode’s weekly insights, it was indicated that Bitcoin’s on-chain fundamentals are starting to deplete after consecutive weeks in losses. The report suggested that the Glassnode Network Index or GNI for Bitcoin had dropped 4 points over the week but surprisingly network health exhibited an increase of 4 points from last week.

Trading liquidity had dropped over the past 7-days as the volume of Bitcoin transacted on-chain declined in the ecosystem. The major setback was established by the drop in Sentiment over the past week. A significant amount of Bitcoins continued to lose profits in the industry and investors were starting to sell their positions in the current scenario. 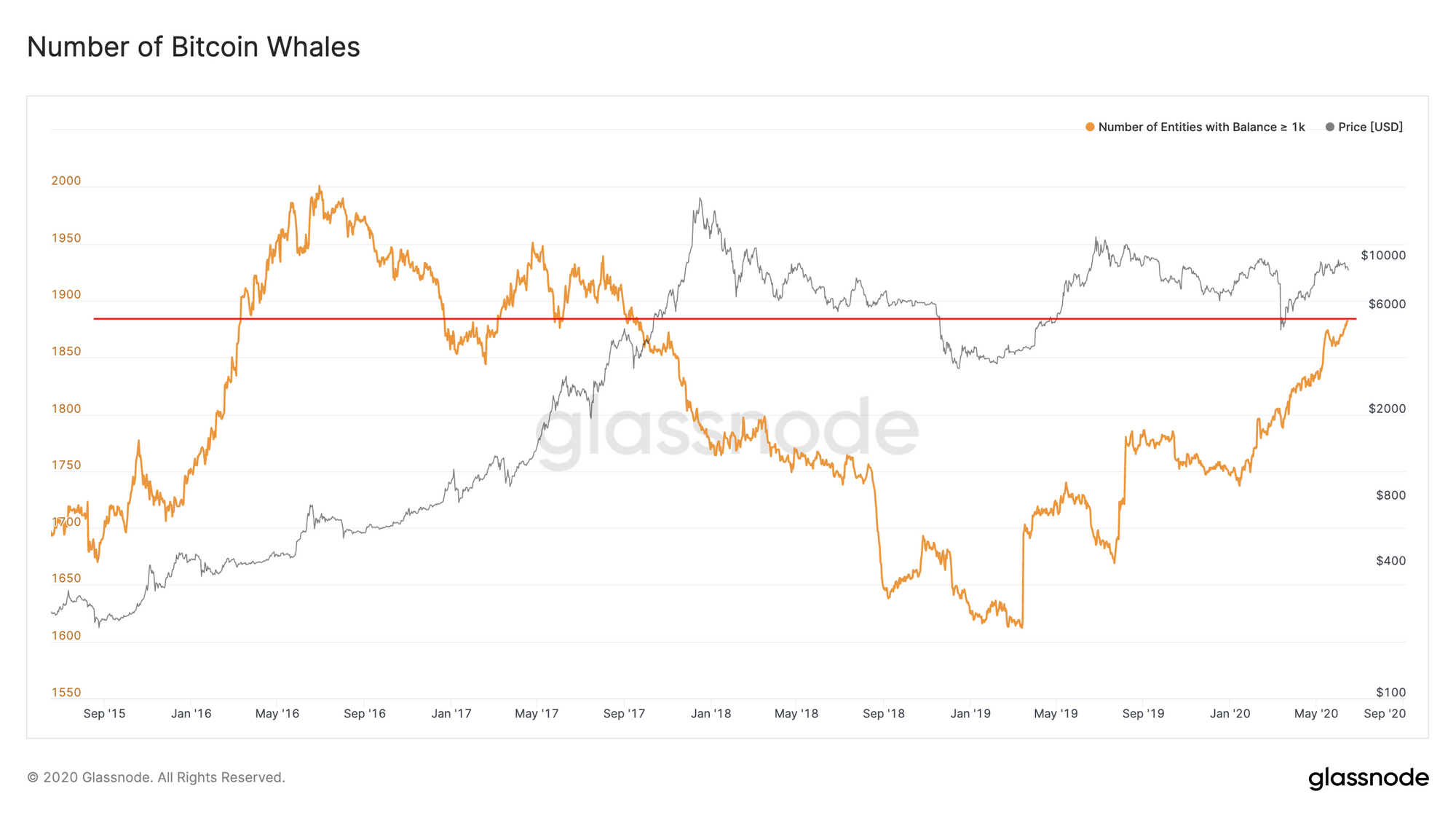 Currently, at least 1882 addresses held more than 1000 BTC which is equivalent to whopping $94 million per address, which is approximately $17.6 billion in total. The report added,

“The last time this figure was so high was in September 2017, just as BTC was on its rapid ascent to $20k. Perhaps more interestingly, the first time we saw these many whales were in March 2016, when bitcoin was still under $420.”

The above remark may suggest that a significant about of the whale addresses(over 1000) could be old addresses that have been HODLing for a long time. 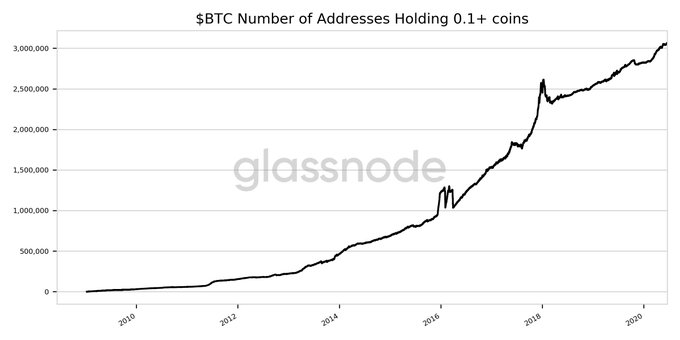 On the positive side, the number of Bitcoin addresses holding more than 0.1 BTC crossed its previous all-time-high value of 3,064,342 on 16th June with 3,064,576 addresses. The previous high was only shy of 226 addresses that were observed a day before the current ATH.